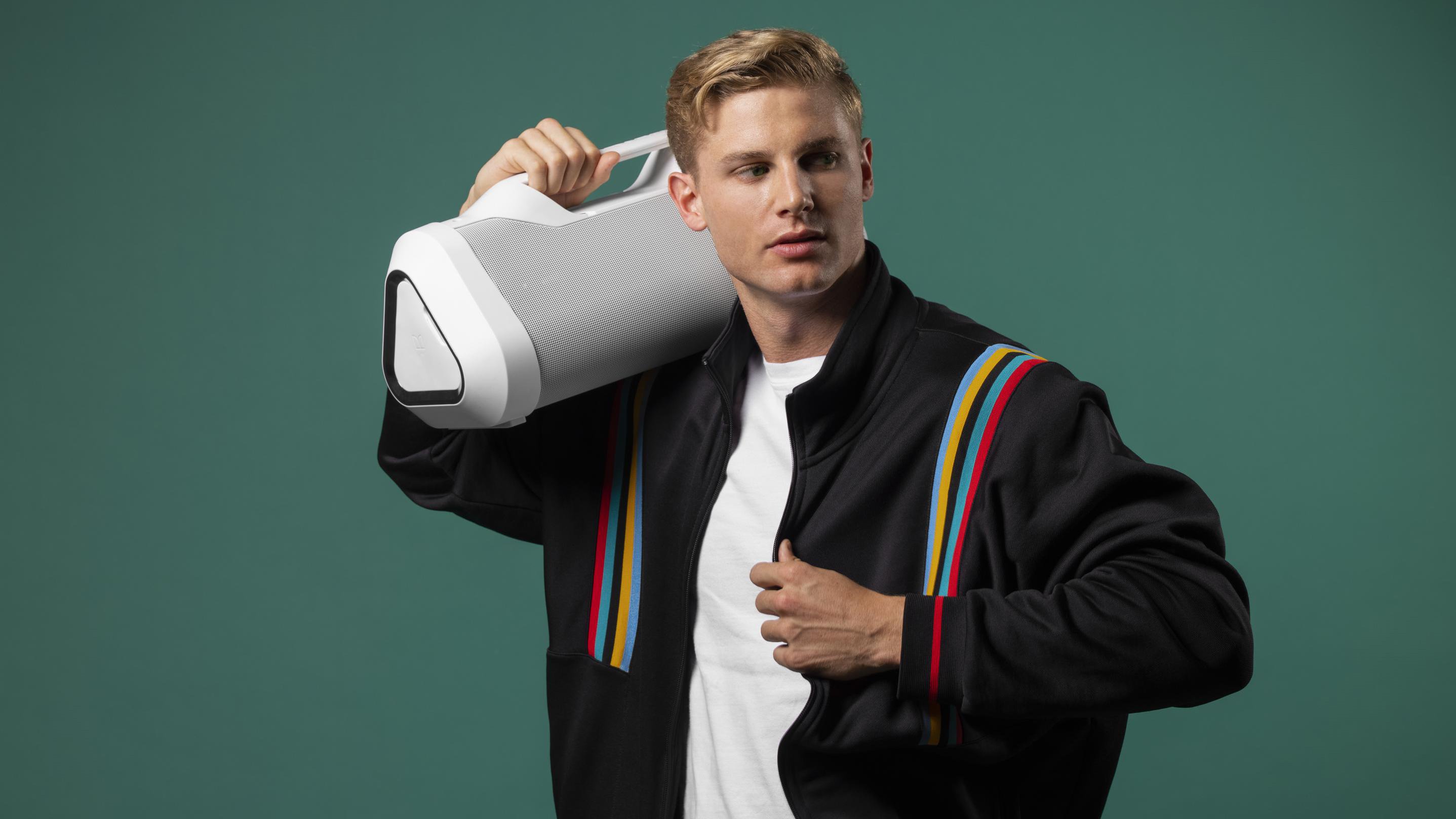 That might sound expensive, but it’s cheaper than one of our favorite boomboxes on the market, the

The boombox was instrumental in the rise of hip-hop culture in the 1980s – but it’s now been re-imagined for the modern age, with audio brand Monster releasing a Bluetooth speaker that harks back to the golden age of the so-called ‘ghetto blaster’.

The Monster Blaster 3.0 is a portable Bluetooth speaker that comes with 12 hours of playtime, and IPX4 water-resistance rating, and doubles up as a USB-A powerbank for charging up your smartphone.

Despite these thoroughly modern credentials, the Monster Blaster 3.0 comes with an carrying handle that means you can sling it on your shoulder – just like early hip-hop enthusiasts would have done in 1980s New York.

Aside from that handle, the outdoor speaker looks quite different from the clunky boomboxes of old. Coming in bright red, white, and black, the Blaster 3.0 sports an angular, modern design that combines a steel speaker mesh with a heavily textured polymer to prevent scratches.

Damping rubber feet mean the speaker can be placed on any surface without damaging its inner mechanisms – and they also ensure that your music is isolated, avoiding unwanted vibrations.