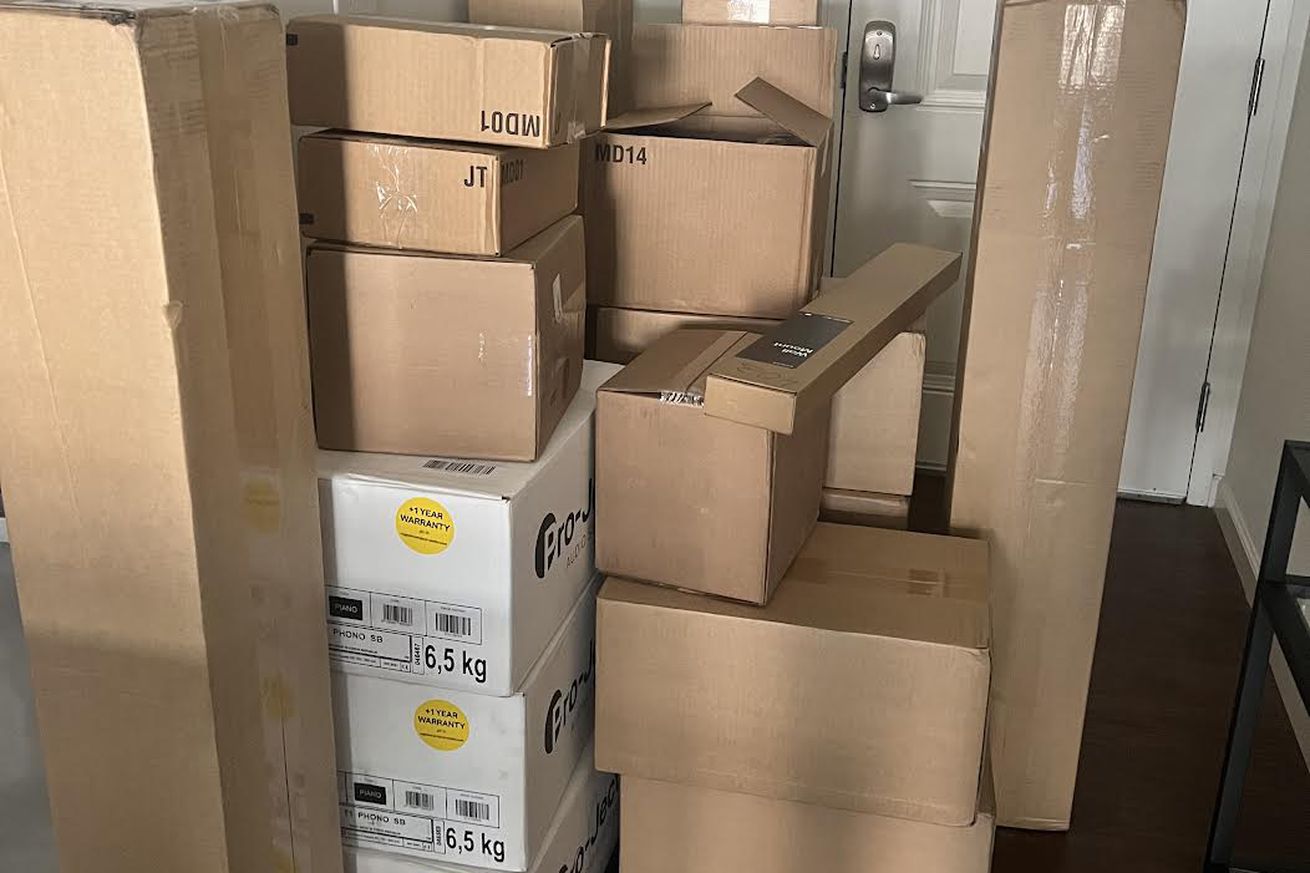 Sonos speakers pile up inside a customer’s apartment.

A couple of days ago, The Verge reported on a strange glitch that caused Sonos to ship customers more items than what they ordered — and charge extra on top of that. While most customers received anywhere from two to six extra speakers, we were recently contacted by a customer who has had a much more extreme experience.

As a quick recap, all of this emerged after two users contacted The Verge about this issue earlier this week and pointed us to a Reddit thread with users who had the same (or similar) experiences of ordering one or two speakers and receiving several in return. In an email sent to customers (which you can read in full in our previous report linked above), Sonos attributed the problem to a system update resulting in “some…