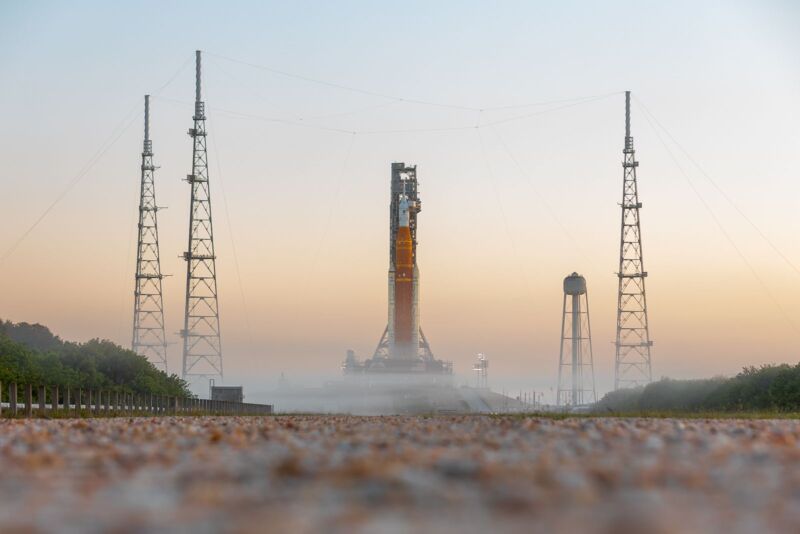 Enlarge / NASA’s SLS rocket is seen at sunrise on June 7, 2022, after its second trip to the launch site. (credit: Trevor Mahlmann)

NASA has been attempting to conduct a critical fueling test of its Space Launch System rocket for nearly three months, and now the agency says it is ready to try again.

This will be NASA’s fourth attempt to load the SLS rocket’s first and second stages with liquid hydrogen and liquid oxygen and go deep into a countdown toward launch before ending the test at T-10 seconds. The space agency plans to call its team of engineers and technicians to their stations on Saturday evening and begin fueling operations on Monday morning, June 20.

“Our team is ready to go,” said Charlie Blackwell-Thompson, NASA’s launch director for the Artemis I mission, which represents a test flight for the SLS vehicle and Orion spacecraft. “We’re really looking forward to getting back to this test and getting into it starting on Saturday evening and certainly looking forward to the tanking operation.”