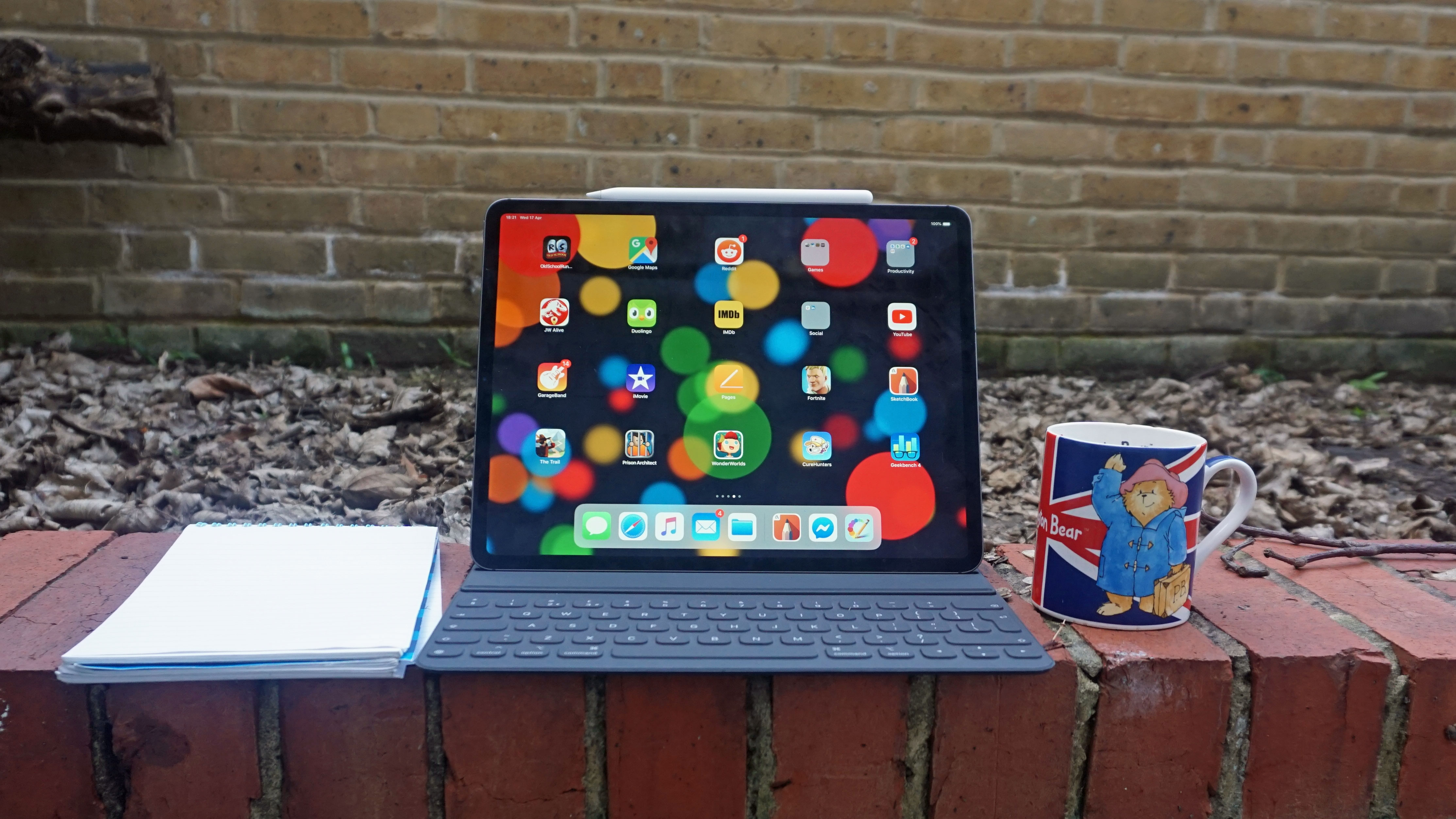 This didn’t work – and even after rubbing the two tablets up against one another, like two dolls I was trying to make kiss, they didn’t want to connect. And I couldn’t use iCloud for backup either as the 5GB-tier I’m on didn’t really have space for the near-terabyte of data I had on my old iPad (and given that I’m an avid Google Suite user, I’m not paying for iCloud on top of Google Drive space).

Eventually, I just rebooted both iPads and waited a few hours; for some reason, the transfer started working. Why? I’ve no idea.

The tablets said it’d take 12 hours to transfer over all my data – remember, I had nearly 1TB of ‘stuff’ on my old iPad. But in the end, it was closer to five hours. And after that, the new iPad felt just like the old one, except… new.

I was impressed by how much of the new tablet experience felt copied over from the old one.

Apps were all in the same places on my menu, and for most of them, I was already logged in, without even having to see a sign-in page. Many had projects open that I’d been working on with my old iPad.

What most impressed me was that progress in my various different games was carried over. I could dive straight into my save file from midway through an XCOM 2 battle.

It wasn’t a total port though, and some apps failed to send data between iPads. One annoying example was Final Draft Mobile, a screenwriting software. I had to send the near-hundred scripts I had stored there over to the new iPad on my own.

But after minimal work, my new iPad was as good as… old. But that’s when any improvements ended.

There are two things I am really hoping for in a new iPad (not including a fixed keyboard, which isn’t technically part of the iPad itself). You know what these are; you read the introduction to this article.

After playing some games, doing some video editing, watching loads of videos and of course working, I noticed with chagrin some key things. Most importantly, none of the issues I had with the previous iPad are addressed in the new model.

My first issue was that my 2018 iPad Pro got way too hot when I used it to play games. It would even heat up when I worked. In hindsight, I don’t know why I thought it’d be better with the new model; the M1 chip clearly likes to broil. Admittedly, I didn’t do any scientific tests on the matter, but it feels like the new iPad Pro heats up quicker than the old one.

Battery drain is also still a huge issue, much more of one than I thought. Just watching a video drops the battery percentage at lightning speed – and don’t get my started on how little gaming time I get when I’m not plugged into the wall. It is really disappointing.

‘Surely, simply having a faster chipset balances out these issues though’ some might say, but I don’t even notice any speed difference. Loading and rendering times aren’t any different, so what’s the point?

I’ve also got to say, I really don’t like the Magic Keyboard. The trackpad is redundant given that the iPad Pro has a touch screen – and software designed for such touch screens. Plus, it only holds the iPad at a very limited arc, so you can’t pull the thing to face up or down much. I prefer the Keyboard Folio, for its suspension angles.

I’m glad that I finally have a working keyboard though. Purely on that merit, I’m going to be sticking to the newer iPad Pro. But between the overheating and the battery drain, the latest model really doesn’t feel like an upgrade. We all deserve better. This means the

My 2018 was a faithful device, but it had a few flaws that made it increasingly less reliable as a gaming and working tool. It would get way too hot when I played games; the Keyboard Folio would only register a keyboard press about once every 20 depressions; and the battery life had become abysmal. I needed a change.

I was hoping the iPad Pro 2021 would be this change, allowing me to play more than 10 minutes of XCOM 2 without catching fire, or work in a coffee shop without the battery dying on me on my way in. But, I was wrong.

While pulling the new iPad Pro out of the box, I was surprised by its heaviness. It only weighs 50g more, but what a difference those extra grams make.

I was also concerned about the weight as I attached my keyboard accessory – instead of Apple’s Keyboard Folio, which I used for my last slate, I used the company’s Magic …read more