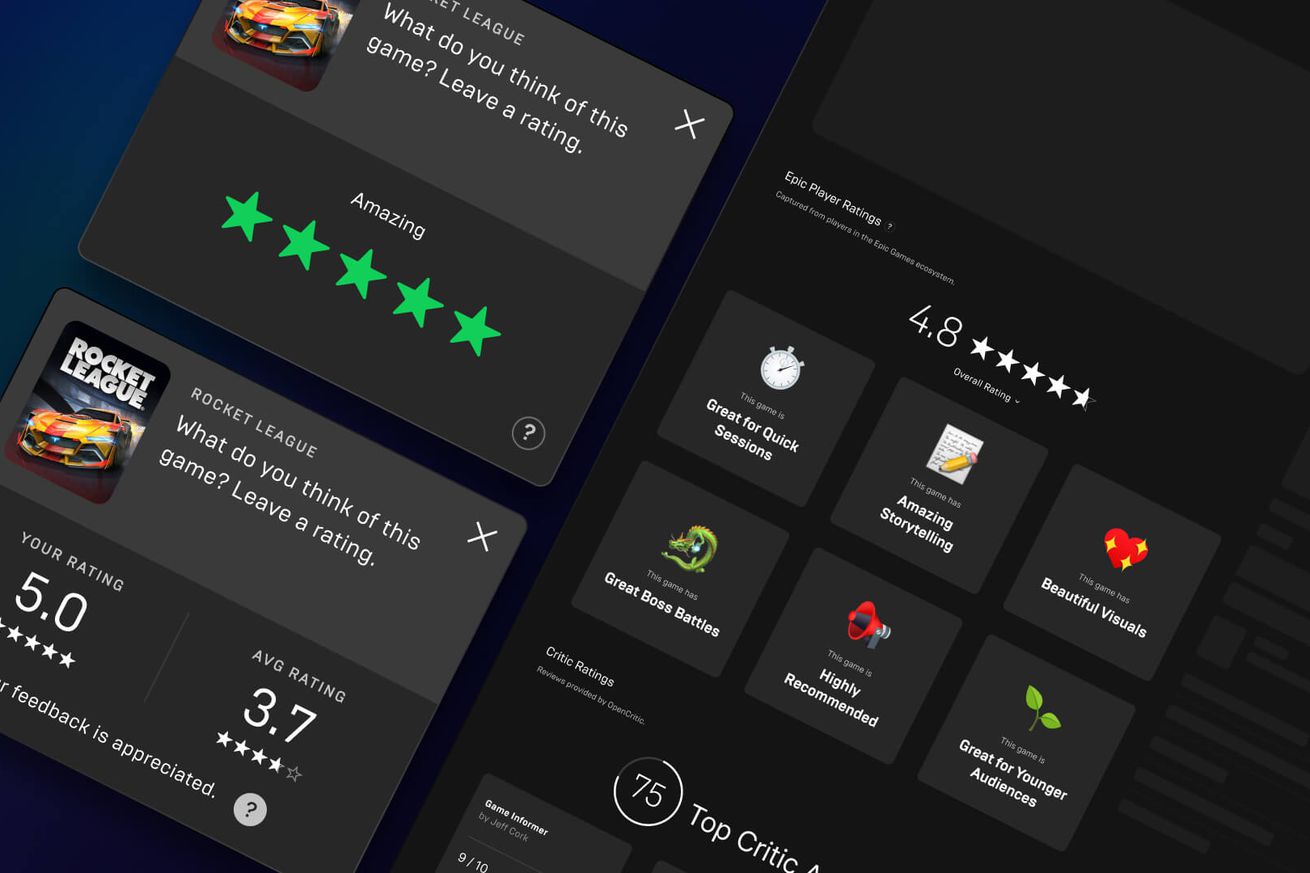 Epic Games has finally introduced a ratings system to its online store, and it’s designed in a way that’s intended to prevent waves of negative user reviews from happening all at once, a practice more commonly known as review bombing.

Instead of allowing anyone to review a game they own, random players who have played a game for more than two hours will be asked to review it on a five-star scale, according to a blog post by Epic’s Craig Pearson. Those scores will then be collected to create the “Overall Rating” for each game.

Occasionally, review-bomb campaigns can point out legitimately harmful consumer practices, but they’re often used in bad faith to protest a creator taking a political stance or if the media in question features…