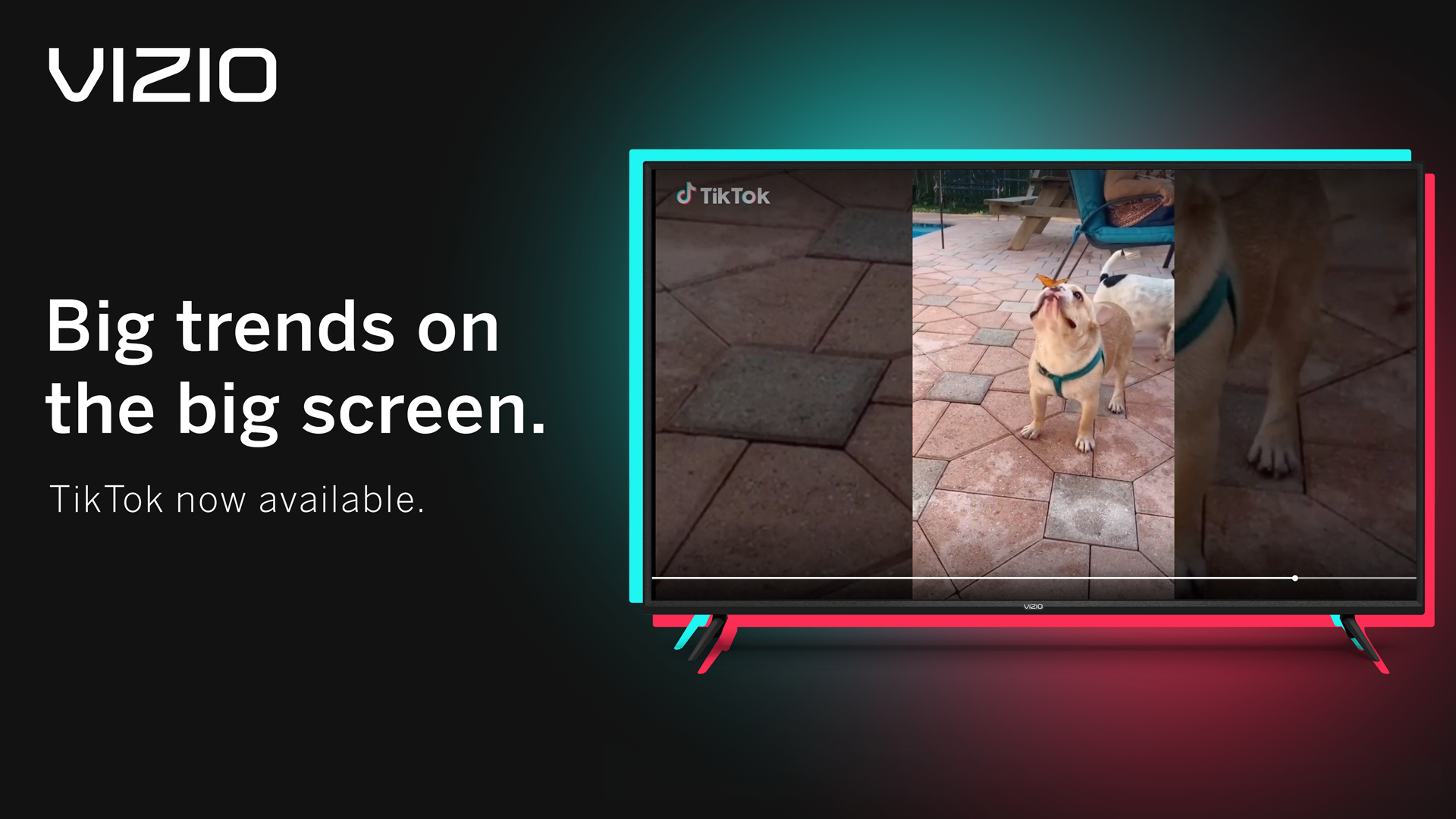 TikTok’s global domination continues as the app has made its way over to VIZIO smart TVs.

The update is currently rolling out with a new app sitting right on the Home Page. VIZIO is a little slow in supporting TikTok as competitors Samsung and LG had the app when it first launched in North America back in November 2021. TikTok TV is essentially the same as the mobile app but on a bigger screen and without the ability to record video.

What’s noteworthy about this particular rollout is that VIZIO TVs are known for being cheap. You can purchase, for instance, Vizio’s V-Series 43-inch 4K HDR TV for a little under $300. Compare that to Samsung 4K TVs. You’ll likely pay over $400 for one, and that’s assuming it’s on sale.

TikTok coming to Vizio TVs means you have a popular app being made more widely available to the TV consumer.

There is a catch, however. A VIZIO representative confirmed that the app will be available on all VIZIO TVs that have SmartCast, which is the company’s own app platform. If you don’t know if your TV has SmartCast, you can check by going to VIZIO’s …read more