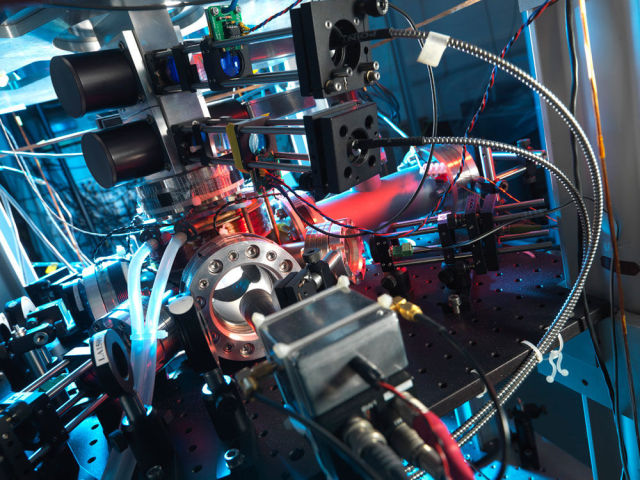 An atomic clock based on a fountain of atoms. (credit: National Science Foundation)

Meta recently joined the ranks of tech giants calling for the end of the leap second, the fascinatingly complex way humans account for tiny changes in the Earth’s rotation timing. The owner of Facebook and Instagram adds to a chorus that’s been growing for years, and the debate could come to a head at a global conference in 2023—or even sooner if the Earth keeps having record-short days.

Facebook, like many large-scale tech companies, is tired of trying to time a global network of servers against leap seconds, which add between 0.1 and 0.9 seconds to Coordinated Universal Time (UTC) every so many years. There have been 27 leap seconds added since 1972. In a post on Meta’s engineering blog, Oleg Obleukhov and Ahmad Byagowi say 27 is quite enough for non-solar-scientist types—”enough for the next millennium.”

International timekeeping bodies add leap seconds at unpredictable intervals because the things that cause them—the braking action of tides on rotation, moon position, the distribution of ice caps on mountaintops, mantle flow, earthquakes—are unpredictable. When the Earth’s speed varies too much from …read more