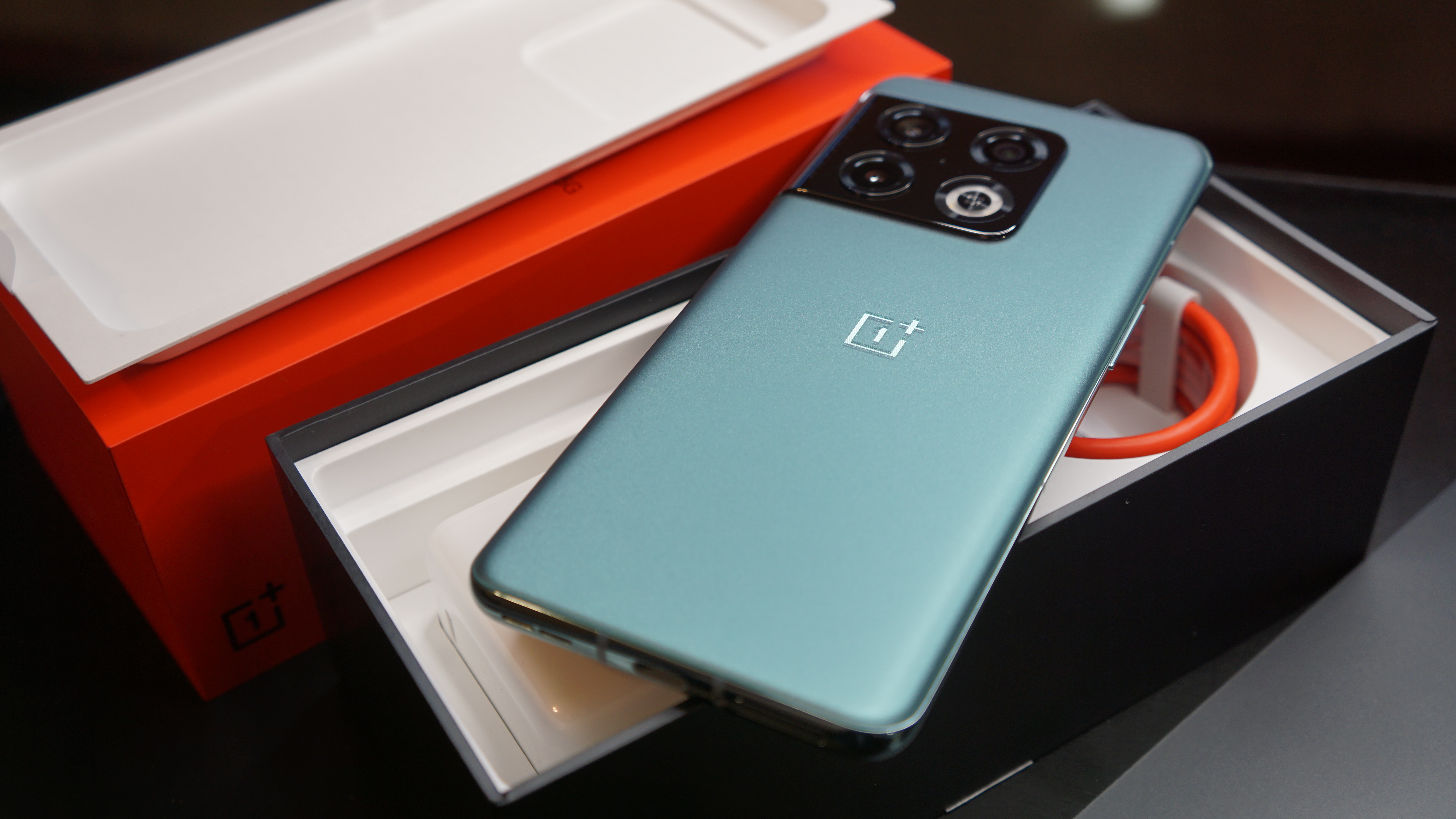 The OnePlus 10 Pro on its box. (Image credit: Future)

Of course, we don’t know what the iPhone 14 will offer just yet – but judging by the leaks and rumors, it sounds inferior to the OnePlus 10 Pro.

While the iPhone is slated to get a main and ultra-wide camera, the OnePlus has three sensors on the back, including a telephoto snapper for zoom photography; and two of them have really high megapixel counts that allow for improved stabilisation and fidelity. Plus, the 10 Pro has lots of additional camera tricks from Hasselblad, that will likely give it a photographic edge.

In terms of performance, the gap isn’t likely to be particularly big – Apple’s chipsets are often the best in the industry, but we’ve heard that the iPhone 14 could use the same chipset as its predecessor, instead of getting a newer one (thought to be exclusive to this year’s iPhone 14 Pro and

If you’re waiting for the iPhone 14 to launch before you buy a new smartphone, we’ve got some bad news for you: one of the best phones we’ve tested just received a price cut, and now costs the same as the expected price of Apple’s forthcoming phone.

This is the OnePlus 10 Pro – it’s seen a permanent reduction by $100, so although it initially cost $899 for the lowest storage and memory configuration, it’s now just $799. If you live outside the US, we’re sorry to say that it doesn’t seem like OnePlus is reducing the price of the 10 Pro anywhere else right now.

That price cut coincides with the launch of the OnePlus 10T which is, in theory, a budget version of the 10 Pro that focuses on performance (though this price cut narrows the gulf between them).

However, at this new price, the OnePlus 10 Pro is likely a very close rival to the iPhone 14, which we’re expecting to launch in September.