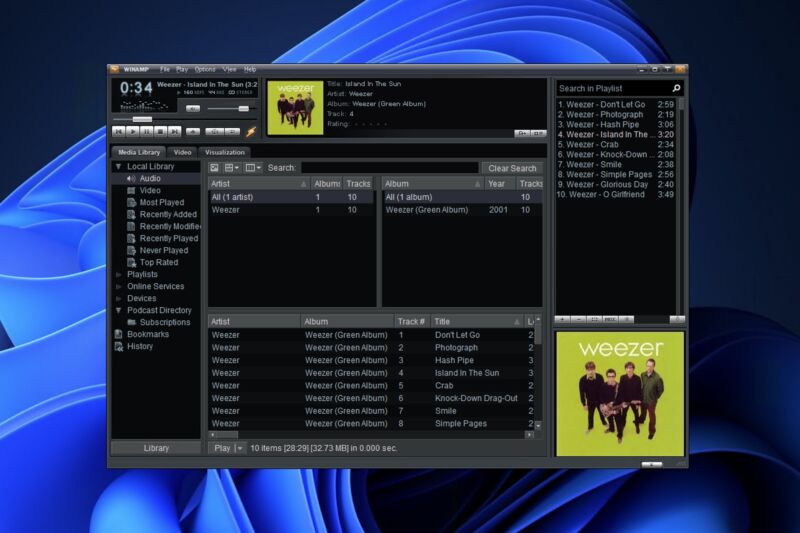 Back in the late 1990s and early 2000s, before the days of the iPod and the iTunes Music Store, there was an app called Winamp. People over the age of 30ish will remember Winamp as the premiere music player for people using Napster, Limewire, and Kazaa to illegally download Aerosmith MP3s to their Gateway desktop computers. (For anyone younger than that: it was like Spotify, but you needed to collect every single song you wanted to listen to manually and add it to the app yourself.)

Like a lot of influential Windows 95-era PC apps, it was eventually outpaced by newer software and business models and forgotten, but it’s technically never actually been dead. Winamp’s original incarnation petered out in late 2013, shut down by AOL after years of mismanagement. A company called Radionomy bought the remains of Winamp from AOL in January 2014 and leaked an update to the app in 2016; a revised version of this build was officially released in 2018, and a major version 6.0 update was planned for 2019.

This plan obviously didn’t pan out. But last week, for the …read more