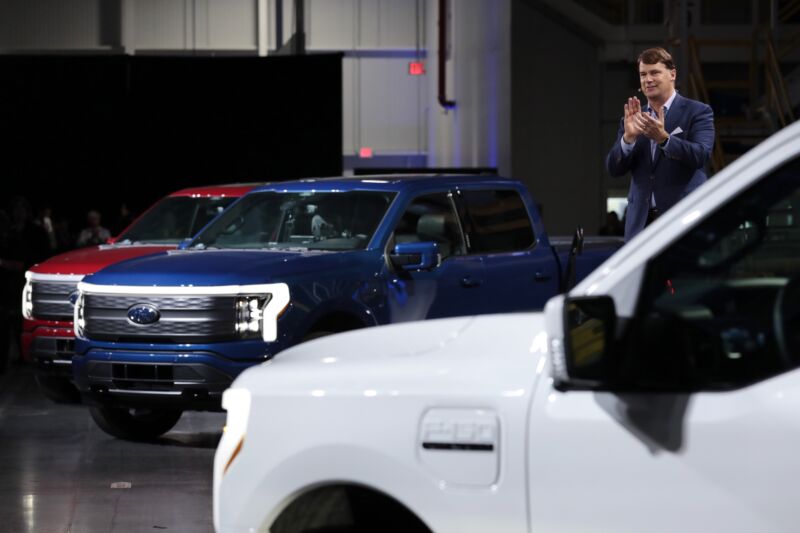 Enlarge / Ford Motor Company President and CEO Jim Farley at the launch event for the Ford F-150 Lightning at the Rouge Electric Vehicle Center in Dearborn, Michigan, on Tuesday, April 26, 2022.

Ford dealers have until the end of October to decide if they want to keep selling electric vehicles. And they’ll have to agree to some new conditions if they do, including transparent, set pricing, available online, according to a new report at Inside EVs.

We’ve known for some time that Ford was looking to shake up the way people buy its EVs in the US, moving all its EVs into a new business unit called Model e, with another called Ford Blue that will be responsible for internal combustion vehicles and hybrids. In June, CEO Jim Farley said: “We’ve got to go non-negotiated price. We’ve got to go 100 percent online. There’s no inventory, it all goes directly to the customer. And 100 percent remote pickup and delivery,” during a presentation to investors.

Farley’s not going to get all those wishes, but this week the automaker gave dealers a look at the future during an annual dealer conference. If a …read more