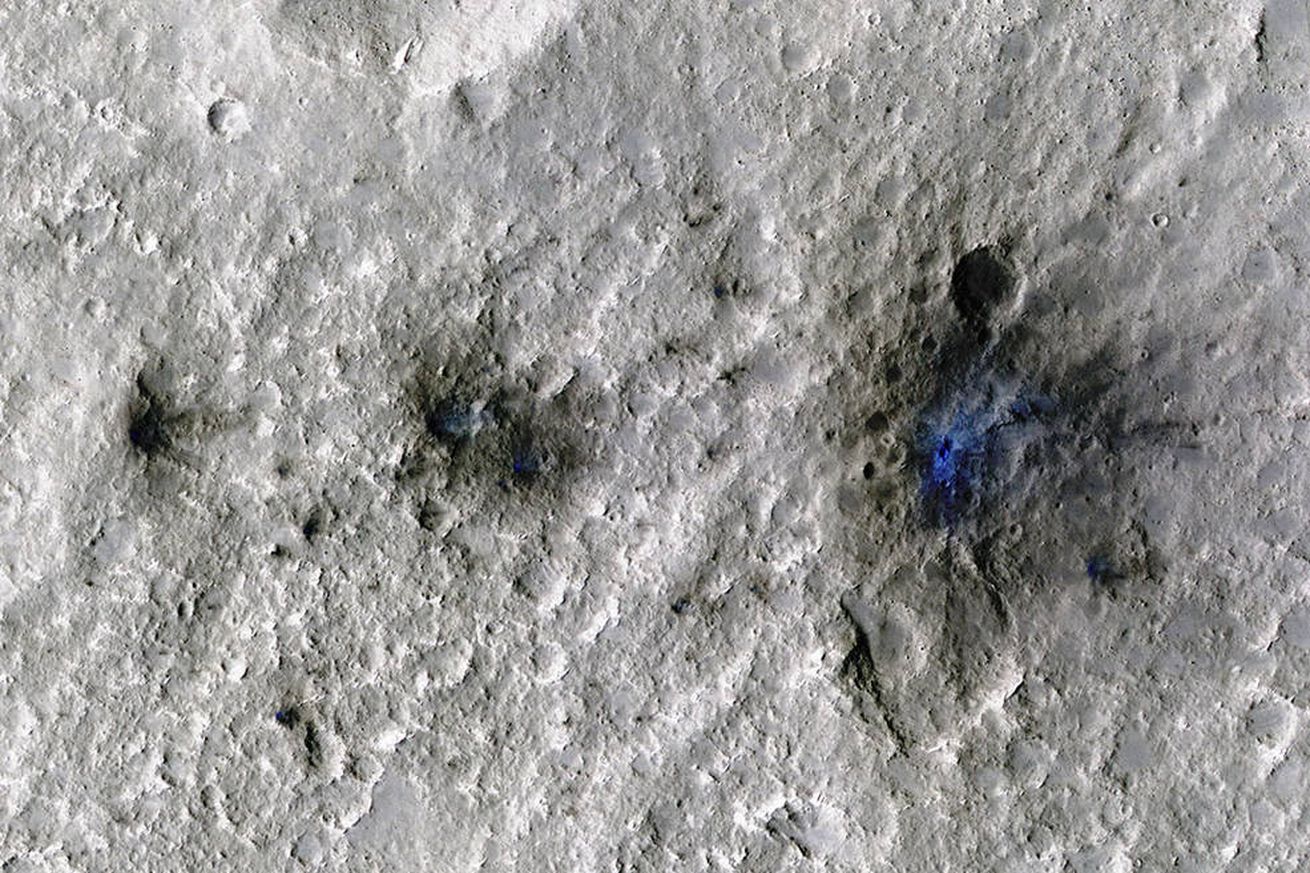 Craters from a meteorite impact on Mars that was picked up by NASA’s InSight instrument | Image: NASA/JPL-Caltech/University of Arizona

Bloop. That’s the sound a rock makes when it slams into Mars. At least, that’s what NASA’s InSight instrument picked up last September when it captured the faint — and, frankly, hilarious — sound of a meteoroid crashing into the Martian atmosphere, exploding into multiple pieces, and hitting the surface hard enough to leave a mark.

Bloop, bloop, bloop. But don’t take my word for it. Listen for yourself.

The noise sounds so funny in part because of how the soundwaves from the impact moved through the dry atmosphere of Mars. In certain conditions, like deserts on Earth, lower-pitched sounds move faster than high-pitched ones. “An observer close to the impact would hear a ‘bang,’ while someone many miles away would hear the bass sounds…