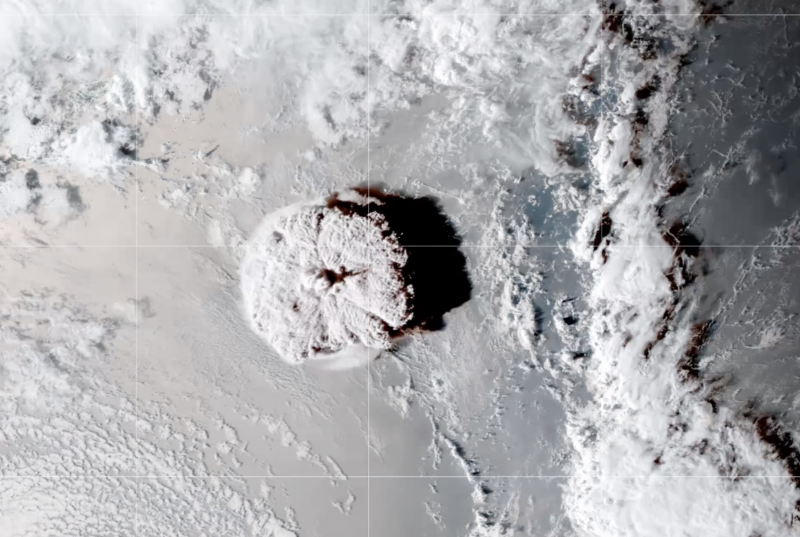 Enlarge / The Hunga Tonga eruption started under water, yet still blasted straight through much of the atmosphere. (credit: NASA)

In January this year, an undersea volcano in Tonga produced a massive eruption, the largest so far this century. The mixing of hot volcanic material and cool ocean water created an explosion that sent an atmospheric shockwave across the planet and triggered a tsunami that devastated local communities and reached as far as Japan. The only part of the crater’s rim that extended above water was reduced in size and separated into two islands. A plume of material was blasted straight through the stratosphere and into the mesosphere, over 50 km above the Earth’s surface.

We’ve taken a good look at a number of past volcanic eruptions and studied how they influence the climate. But those eruptions (most notably that of Mount Pinatubo) all came from volcanoes on land. Hunga Tonga may be the largest eruption we’ve ever documented that took place under water, and the eruption plume contained unusual amounts of water vapor—so much of it that it actually got in the way of satellite observations at some wavelengths. Now, …read more