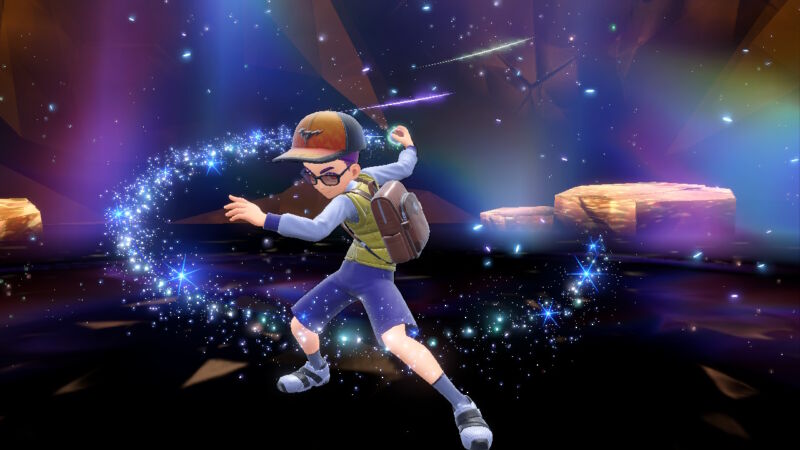 Enlarge / Winding up to catch a ninth (!) generation of Pokémon. (credit: Andrew Cunningham)

The Pokémon franchise has been nudging closer and closer to a fully open world since Sword and Shield appeared on the Switch in 2019. Those games and their DLC packs introduced a few dedicated free-range areas where you could roam around mostly at your leisure, but towns and caves and other areas were still strictly linear.

Pokémon Legends: Arceus came even closer. Nearly all of its world map was a free-roaming open area, but the sections were still cordoned off from one another by way of a central hub town. More importantly, progression was still largely linear—the game still introduced you to each area in a set order based on the story quests you had accomplished.

Pokémon Scarlet and Violet, both coming to the Switch on November 18, finally make the transition to a fully open world. After accomplishing a handful of introductory quests, the vast majority of the world map opens up to you, and you can accomplish most of the game’s quests in whatever order you want.