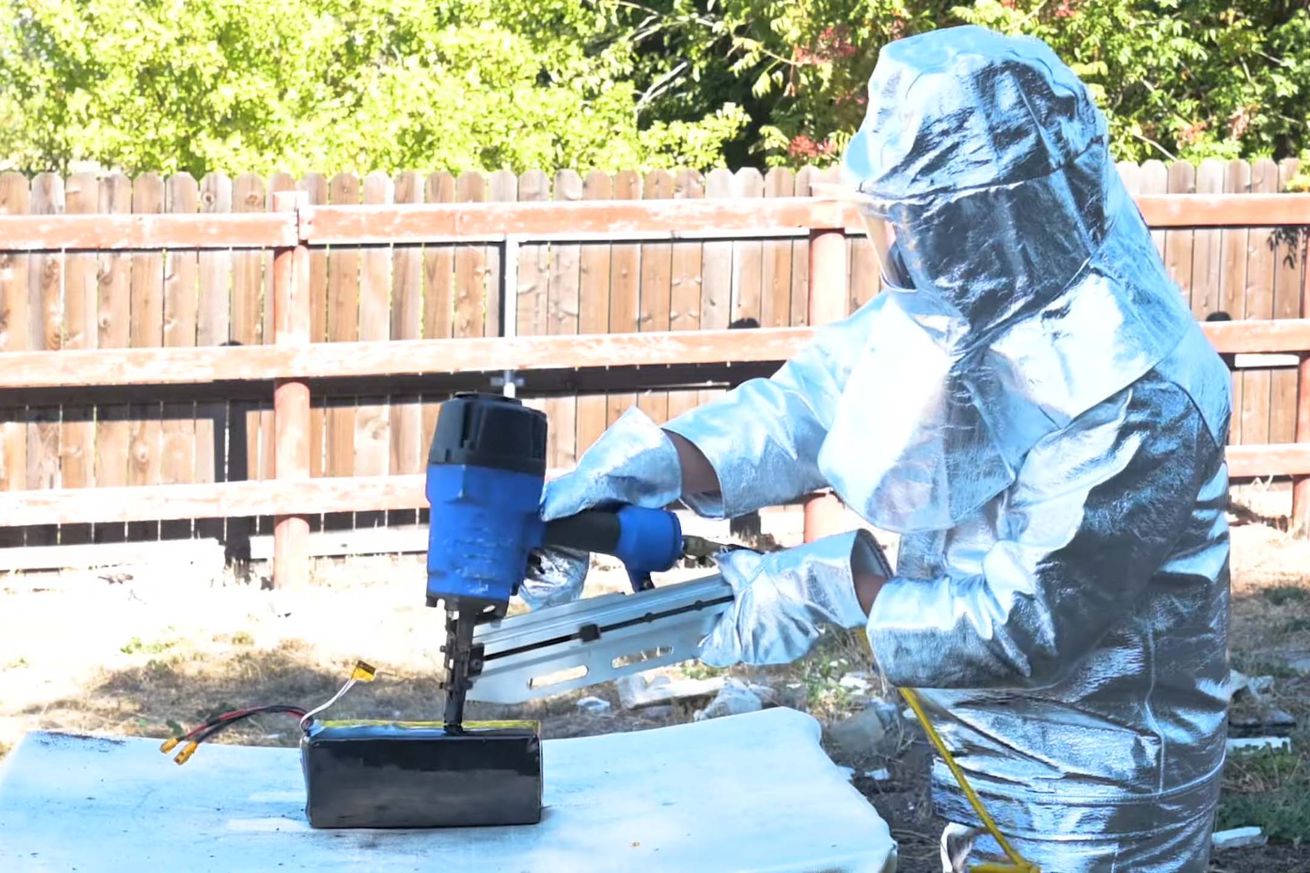 Repair specialists iFixit have released a new video of themselves stabbing and, ultimately, nail gunning a series of batteries in the name of teaching the world about battery safety. The takeaway? Despite the high profile examples of battery explosions that occasionally crop up in the news, modern lithium ion batteries are generally very safe so long as you follow some best practices.

Another takeaway? Shooting a giant battery with a nail gun is cool as hell.

The biggest piece of advice from tech writer team lead Arthur Shi and teardown tech Shahram Mokhtari is to always discharge a battery to under 25 percent before doing any teardowns or repairs. That’s because although a swelling battery is the most obvious sign that something is…