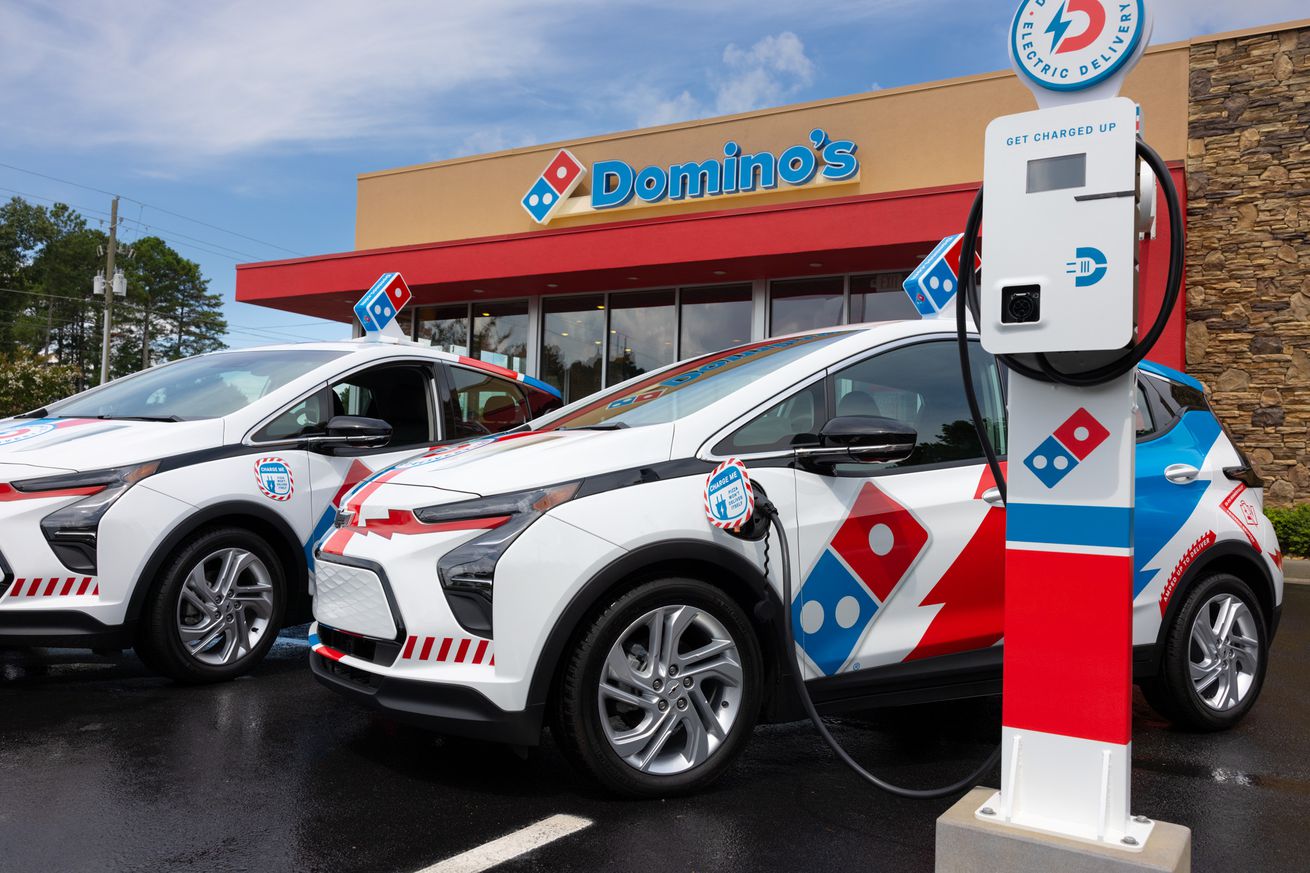 Domino’s is gearing up to put more than 800 all-electric pizza delivery vehicles into service in the coming months, starting with over 100 of them rolling out in November. The company went with the compact Chevy Bolt EV and is wrapping the vehicles with custom branding but no other bells and whistles — just combustion-free deliveries (via electrek).

Domino will have a fleet of 855 new electric vehicles, to be exact, and while that’s not quite enough to reach all 6,135 of the pizza shops in the US, it’s more than the Chevy Spark-based (gas version) ones it built with custom pizza warming oven doors in 2015. Those were called the Domino’s DXP, and only 155 of them were made. For the new Bolts, drivers will need to toss the HeatWave bags in…