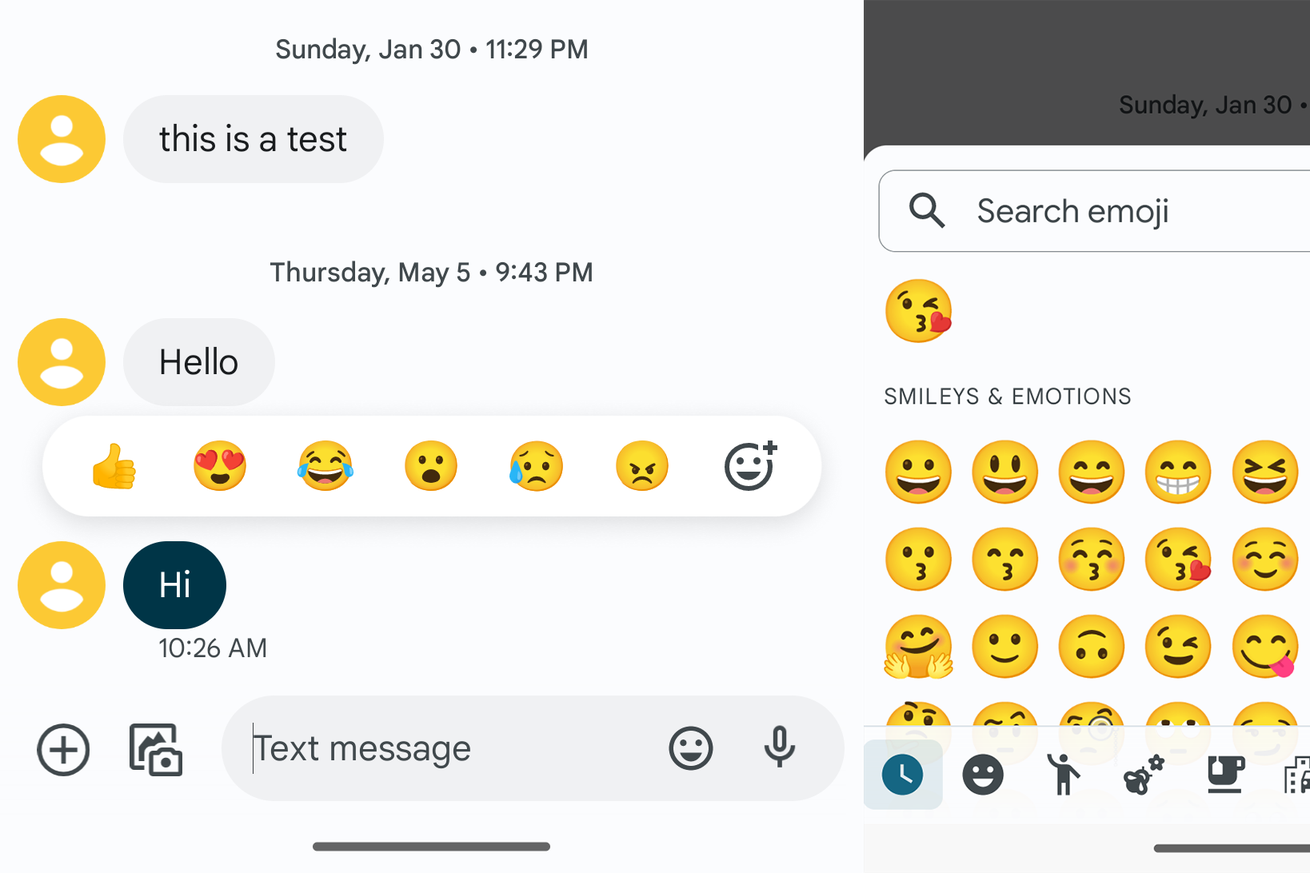 And just like that, Messages are now way more fun.

Google has started letting some users of its Messages app react to text messages with any emoji, instead of limiting them to the standard set of seven that have been available in the app for a while now (via 9to5Google). The feature’s similar to what other messaging platforms like Slack, WhatsApp, and paid versions of Telegram have — pressing and holding on a message gives you the standard emoji reactions, but you can then access the picker to react with whatever you want.

The expanded emoji reactions appear to be a limited test at this point — 9to5Google says it’s heard two reports of it being rolled out, and while one person on The Verge’s staff has access to it, two other people who checked do not. Google didn’t immediately respond to…